How Many Solar Panels Do I Need?

How Many Solar Panels Do I Need?

The number of solar panels you need is completely dependent on exactly how much power you need. Each solar panel has a specific amount of wattage. The different types of wattages are available, depending on the need. A distinction between using solar panels as a full energy source and a supplementary energy source is a decision that affects the cost. Plus, solar panels can be used for both homes, commercial, and even communal use.

How is a Solar Panel Different from Traditional Power Sources?

However, aside from the end result, power solar panels and traditional power sources couldn’t be much more different than they already are. Those differences start at the beginning; obviously solar power is made possible by the sun, while coal and gas make other more traditional power methods possible. Although, there is also a difference in the current itself.

Solar panels are Direct Current or DC systems, while outlets, plugs, and the grid infrastructure itself, within the United States, is primarily Alternating Current or AC. That means that after collecting the current from solar panels, a solar inverter is needed to make that power source used in most American homes.

Fortunately, this is a technology that is available but it is just another step to making your solar power supply available. 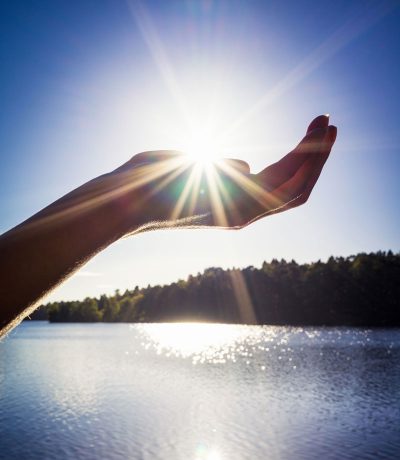 Another major difference is the variability of solar power versus the continuity of the traditional harnessing of power. When you are dealing with the sun, there is no true way to ensure the same amount of power is going to be produced every day in every location. The sun’s appearance and its intensity differs all over the world. Plus, even in places where it is fairly predictable, cloudy weather conditions and rainy days are unpredictable. While a large amount of data, such as years of tracking weather patterns is an acceptable way to predict weather on a grand scale, it is not overly useful for daily projections. Thus, the amount of solar that will be collected on any given day is not predictable enough to be entirely reliable.

With traditional coal and gas, while excess energy is still wasted, there is an understanding that X amount of fuel creates X amount of electricity. Fuel can be stored, while sun photons cannot…at least, not yet.

It is important to understand the differences in the process to grasp the different variations that go into play when deciding how many solar panels you need. After all, AC power (or traditional power) has dominated the market for over a century. Thus, for the most part, though the amount of power needed might go up or down depending on the size of the space, it is relatively “plug and play”. Alternatively, there is a process that is involved in accessing solar power that is dependent upon the number of solar panels needed and the variability of the sun’s photons in any given area and time of day.

The typical solar panel, for residential use, is a 60-cell silicon photovoltaic panel. This panel is 65 inches high by 39 inches wide and has an average output of around 320 watts of power. Considering the average household uses between 900 and 1000 watts of power on a monthly basis, the average family needs between 20 and 30 solar panels to get all their power from solar.

However, there are other wattages that are available and even though they go up in price, the more power each solar panel has, the fewer solar panels you likely need to buy. The second most popular solar panel is made up of 72-cells. These panels are usually around 78 inches long and 39 inches wide. The reason a private home would need this type of solar panel is that their roof (or area where they need to place the panels) is smaller than the average home, but still needs the average amount of monthly kilowatts.

Solar Panels for Full and Supplementary Use

Solar energy might be difficult to pin down in terms of how much energy will be produced on any given day, it is versatile. Solar power can be used to power your home 100% or it can be used to supplement your traditional electricity usage. It is certainly not an all or nothing solution.

For the outward cost of solar panels, it makes sense, most of the time, to switch to solar energy 100%. After all, solar energy, with the advancements the industry continues to make, is likely the power source of the future. It is theorized that every year, the sun offers 120,000 Terawatts of solar irradiation, which is 20,000 more than the world needs to function.
However, the solar energy industry is still working out the kinks to accurately absorb this energy. Nevertheless, almost 100 million homes run on solar power alone worldwide and that number is growing every year. There are always new innovations that allow solar panels to replace traditional power and in rural areas of the world, solar panels are their only option.

Partial Solar use or use on a specific item or few items in your home is a possibility for solar. While traditional grid infrastructure offers you power on an all or nothing scale, solar panels allow you to pick and choose what you want to power via solar, depending on your needs. While there are many different opportunities to choose partial solar use, here are some popular possibilities:

If you use partial solar, for your home or a specific portion of your home, you will not need many panels at all. This could significantly cut down the upfront cost of your solar panels and save you a good chunk of change monthly in the process. 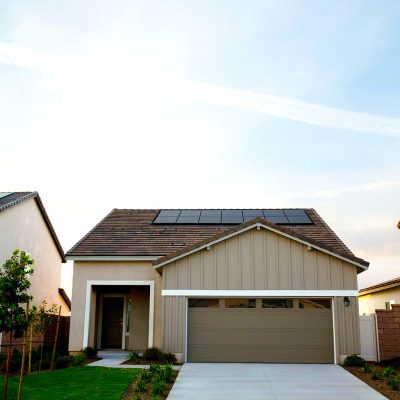 Of course, there are plenty of different personal uses for solar energy. As discussed, there are many opportunities for homes to completely replace or partially replace their traditional energy source with solar panels.

The difference in your decision will decide how many if any solar panels you will need to achieve the level of energy you require. Although, don’t forget that the space you have, whether it is roof space or otherwise will play a role in how many solar panels you need to. Sometimes, you will need to get fewer panels, each with a higher wattage to achieve your power supply goals. 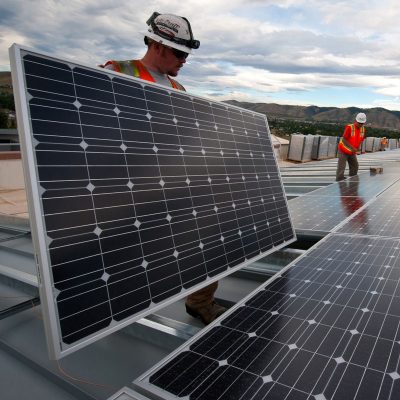 When you are looking into solar panels for commercial use, you are likely going to need higher wattage panels but you also might need more of them. After all, most commercial uses require more power, as more people and machines are using power than the typical American residence.

The good news is that there are also options for commercial uses of solar to be a la carte, like residential uses. Commercial buildings can also choose to use solar power for certain functions of their business instead of going 100% solar. 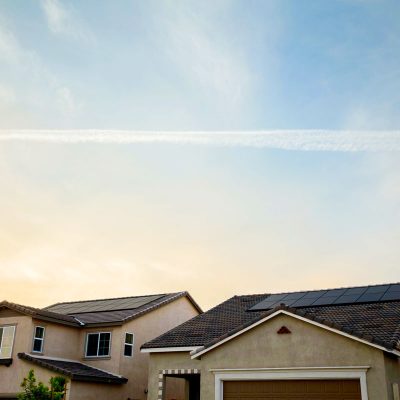 Additionally, there is an opportunity in some areas to have a community solar panel project. This means that more than one property, not necessarily a whole community shares the electricity for one solar panel field. If you can make this work, it could be an awesome option for both personal or commercial use. There will likely be more than the average household amount of twenty to thirty 60-watt panels. However, you will not be shouldering that burden all by yourself.

Rather, all the costs (and presumably all the rebates) will be shared equally among the participating properties. Although this method isn’t used a lot, in the areas where communal solar panel use is in place, the average participant ends up paying less than what they did with a traditional, one-family power supply.